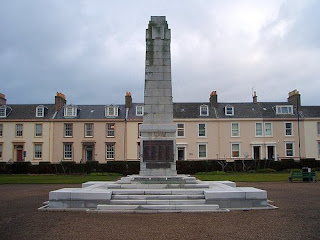 Situated in Wellington Square the memorial was unvieled in 1924. It commemorates the 817 men from Ayr who lost their lives in World War One, 272 of whom served in the Royal Scots Fusiliers who were Ayr's local regiment and were based in barracks at Ayr sea front. In 1956 the names of the 263 service personnel who lost their lives in World War Two were added to the memorial
Posted by Unknown at 15:32 No comments: 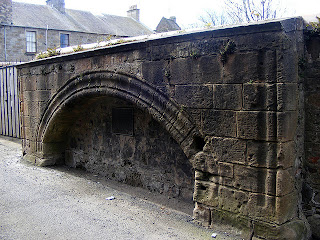 This was the main gateway to Citadel fort in Ayr. It can be seen from this picture how much the ground level has risen over the centuries as at one time a man on horseback would have been able to ride through this gate. The fort was built on the peninsula west of Ayr by Cromwell's troops between 1652 and 1654 and designed by the chief engineer of the New Model Army Hans Ewald Tessin.. It covered about 16 acres of land and was protected by a wall 10ft broad and 14ft high with six bastions and six curtain walls The barracks, which covered most of the ground, provided quarters for 800 foot soldiers and 200 horse soldiers, excluding officers, and there was stabling for about 220 horses. The fort was abandoned in 1660 and was dismantled in the early 18th century, though large sections of the wall can still be seen
Posted by Unknown at 08:06 No comments: 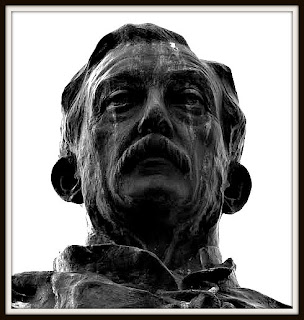 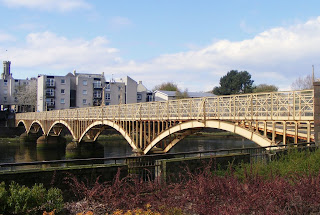 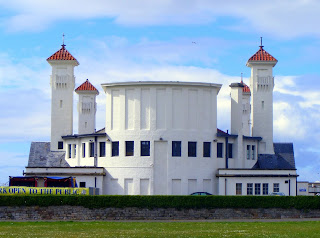 The Ayr Pavilion was opened in 1911 and cost £8,000 to build. It had a capacity of 1500 seated and 1000 standing. Ben Popplewell aquired the lease in 1913 and retained it till 1967 with only a short break from 1918-1922. The pavilion has had many uses through the years from dances to consert and everything in between. It is now a childrens play area called Pirate Petes.
Posted by Unknown at 04:18 No comments:

Welcome to my personal photographic record of Ayr and it's history. Sorry htere is not much to see at the moment as I have only just set it up. I hope to start posting some pics in the next few days.
Posted by Unknown at 11:20 No comments:

Welcome to my personal blog on the historic royal burgh of Ayr. I hope to be able to share with you the interesting history of Ayr and anything else about the town that takes my fancy.